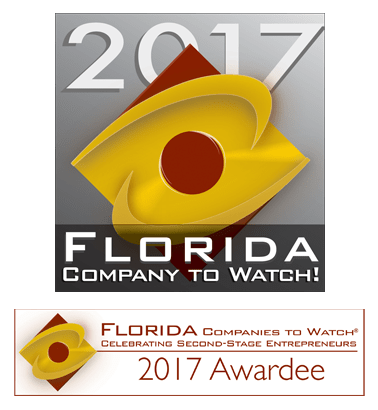 CLEARWATER, Fla. – Hydro-Dyne Engineering, a leading manufacturer of custom-engineered screening and grit removal equipment, has been recognized today as one of the 50 fastest growing second stage companies in the State of Florida. Hydro-Dyne was selected from more than 500 nominees for Florida Companies to WatchSM, a statewide program managed by economic development group GrowFL in association with the Edward Lowe Foundation.

Hydro-Dyne’s competitive market position, strong community involvement and management team were among several factors that put the company in contention for the award.

“These stand-out companies have demonstrated their capacity and intent to grow,” said Dr. Tom O’Neal, executive director of the Florida Economic Gardening Institute and associate vice president for the University of Central Florida’s Office of Research and Commercialization.  “They also all have critical intellectual property or a niche position that gives them a competitive edge in their markets.”

“This recognition reflects the hard work that our employees put into the company on behalf of our customers during the last several years,” said Jay Conroy, President, Hydro-Dyne Engineering. “Our growth is a direct reflection of the quality water and wastewater solutions our team designs and builds, and the trust bestowed upon us by municipalities and industrial facilities around the world.”

Economic Impact of the 2017 Florida Companies to Watch winners:

With nearly 40 years of experience and more than 2,000 installations worldwide, Hydro-Dyne® Engineering, Inc. is one of the world’s leading manufacturers of custom-engineered screening and grit removal equipment for municipal and industrial water and wastewater facilities. Hydro-Dyne is one of the only manufacturers in the water and wastewater industry that owns its own patents and performs all equipment design, fabrication and assembly in-house.

GrowFL was created in 2009 as an economic development program focused on assisting second-stage growth companies prosper in the state of Florida. By providing strategies, resources and support to second-stage companies for next level growth through Strategic Research, Peer Learning and Leadership Development, GrowFL helps companies overcome obstacles to growth and leads them towards prosperity. Based on the philosophy of Economic Gardening® — to grow existing businesses in a community, region or state — GrowFL, the Florida Economic Gardening Institute, is a critical component to the state’s economic development strategy and Florida’s entrepreneurial ecosystem. GrowFL is a statewide economic development organization certified by the National Center for Economic Gardening through the Edward Lowe Foundation.  GrowFL has assisted more than 1,000 companies through the Strategic Research and CEO Roundtable programs and recognized 300 successful entrepreneurs through the annual awards program, Florida Companies to Watch.  Learn more at www.GrowFL.com.