We are proud to announce another major milestone in our effort to rebrand our company to more accurately reflect our commitment to designing and manufacturing the finest equipment in the industry.

Today, we are launching our rebranded wastewater product line! As you will see, our shark-inspired equipment names are a reflection of our best-in-class industry position in terms of quality, performance and reliability and are consistent with our new brand and logo. 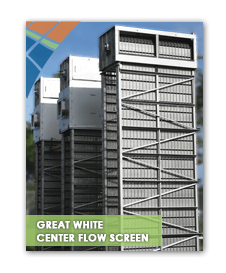