Hydro-Dyne Engineering » 2020, Company, News » Warrnambool Nurdles: Not a Typo…A Serious Issue with a Solution from Hydro-Dyne and its Local Partner

Warrnambool Nurdles: Not a Typo…A Serious Issue with a Solution from Hydro-Dyne and its Local Partner

Warrnambool Nurdles: Not a Typo…A Serious Issue with a Solution from Hydro-Dyne and its Local Partner 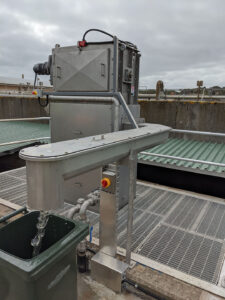 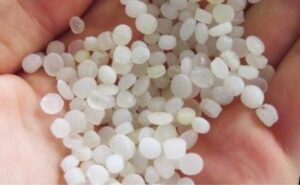 Ever heard of a nurdle? It is indeed a real thing – and a bad one, at that – and Warrnambool is a town in Victoria, Australia, where millions of these micro plastic beads about the size of a lentil washed up on beaches in 2017, after they were illegally dumped in the municipal sewage system. Made of a raw material used in nearly all plastic products, nurdles are also, unfortunately, an environmental scourge, making up part of the 8 million tons of plastic that flush into our oceans and wash up on our beaches every year.

The Warrnambool spill was a Class 2 Emergency due to the increasing complexity of responding to the contamination and the need for a multi-agency response. Hydro-Dyne and its local partner, Green Process, were contacted to find a solution for this unique application. To help solving this significant environmental issue, we air-freighted a 15-foot tall Great White Center Flow Screen with 1mm wire mesh grid, which was recently installed. It is gratifying to know Hydro-Dyne’s technology is helping to tackle environmental problems around the world.